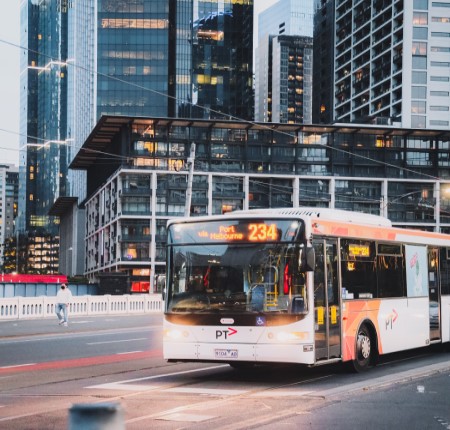 To ensure the efficiency of their service and identify areas of improvement, a public transport operator was interested in analyzing the punctuality of their buses and building a streamlined Business Intelligence reporting system.

The client needed a simple and intuitive tool to gain insights into the quality of their operations with regards to their scheduling. Equally, they wished to monitor the services provided by third party operators. Due to the thousands of vehicles dispatched daily, and the volume of data subsequently generated, the previous approach proved to be tedious and overwhelming.

Additionally, in a bid to anticipate network issues and improve scheduling, the transport operator wished to identify the root causes of non-punctual buses. Forecasting delays for example may allow the client more flexibility and precision when designing bus timetables, ultimately improving customer satisfaction.

The goal of this project was therefore:

The first task was to collect the client’s internal data from various sources, clean them, and transform them into intelligible formats. We used feature engineering techniques to extract information regarding previous journeys for a given bus and to extract the status of the journey, whether it was on schedule or not. As we needed to assess the quality of the clocking system used in the buses, we also created a new parameter to flag any detected deviations or problems within the collected data.

Once the pre-processing work done, we centralized the data in a new database and created a new data model with the integration of external data such as geographical data and weather data.

In parallel to the creation of operational reports, we performed the predictive analysis steps. The objective was to model the data and to predict if a given journey was likely to arrive late. We started by analyzing late journeys to identify trends with parameters such as the weather, the region, the bus route and the bus number. We used a wide-ranging list of tools such as descriptive statistics, inferential statistics and data visualization for this step. Next, we set up two prediction tasks:

For the classification task, we created three classes:

For the regression task, the objective was simply to predict the time of arrival. For both tasks, we created predictive models using multiple machine learning algorithms and selected the best performing ones.  A forward stepwise feature selection process was implemented to select the variables with the highest predictive impact on the models, this helps both in terms of running time and the interpretation of the algorithm. Given time restraints we setup a roadmap to improve, optimize and deploy the predictive models in an operational setting, and, as the quality of predictive models depends on the quality of the data, we provided recommendations to further enhance the data collection process.

The new operational reports provide a centered, intuitive and simple reporting solution to visualize the punctuality for the client’s fleet of buses. This solution enables the transport operator to gain valuable insight in their continuous operations and act efficiently based on the reported information.

Additionally, with the help of the quality analysis on historical data, and the continuous quality assessment provided by Valkuren, the client can take the correct measures related to the collection process and continually monitor this process to detect any future problems.

As a result of the foundations established for predicting future bus punctuality, the defined roadmap to automate the predictive models and the transfer knowledge provided by Valkuren, the client has all the tools necessary to deploy the process to a production environment and integrate it in the decision-making process.

Lastly, there are many opportunities to scale the solution to further regional directorates within the company to increase consistency and uniformity across the board. 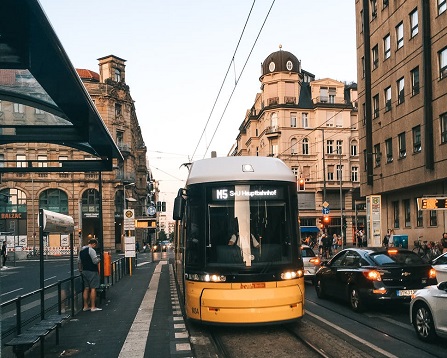 The ever-increasing population in cities across the world increases the pressure and expectation of the availability and punctuality of public transport services. Thus, consequences associated with unexpected incidents, involving transport assets, include high repair costs and major disruptions to the entire transport network, ultimately having a detrimental effect on the business. The identification and implementation of an appropriate maintenance strategy can help in the optimization of maintenance planning and scheduling, decrease rolling stock downtime, and increase the life expectancy of assets such as trams.

The goal of this project was to provide precise and reliable predictions to optimize planning and downtime maintenance of trams using data from a wheel measurement device.

The first task in any data science project consists of transforming raw data into a more understandable format. To better understand the state of the data, and to determine the information that is usable, a quality assessment is first conducted.

This quality assessment is followed by a data cleaning process to remove the flawed measurements/values. In this project, we removed over 50% of the data at hand due to missing and incoherent values. Furthermore, duplicates were removed along with outliers. For the removal of outliers, we used the Z-score metric, where we calculate the Z-score for every single target value (the measurement we want to predict) and remove the values for which the z-score is above a certain threshold.

The Z-score, also known as the standard score, measures the number of standard deviations an element is from the population mean. The Z-score is negative if a given element is below the mean, and positive if it is above the mean. Logically the closer the Z-score to zero, the closer a given element is to the mean of the population. In this project, the Z-score is calculated to determine which measurements for a unique tram wheel are outliers and need to be rejected from the data set. Subsamples for each unique tram wheel are created to calculate the Z-score for the given measurements and a carefully fixed threshold allows us to reject any observation that differs greatly from the population mean.

Lastly, part of the of the preprocessing task is to integrate metadata, from different sources, that may help us understand the behavior of the data we initially have. When integrating data from multiple sources it Is of high importance to define a schema, which all data must respect, in order to maintain consistency and compatibility.

Once the preprocessing step is complete, the next step is to explore the data using visualization tools, and summarizing functions.

For example, we could visualize the trends in wheel measurements over time along with various weather measurements.

In addition, we calculated summary statistics such as the median, average, standard deviation of the variables in the data set, as well as the average wheel deterioration pre-covid19 lockdown restrictions and during covid19 lockdown restrictions imposed throughout Europe. Knowing some trams serviced at the same rate during the lockdown compared to pre-lockdown, we took advantage of this unprecedented period to investigate the effect the passenger load has on the deterioration of the wheels.

Since we are dealing with time series data, any random sampling approach, to select instances from the population to compute the expected performance, should be avoided. These approaches assume that the instances, in this case the measurements, are independent. However, the wheel measurements at a time t are highly dependent on the previous measurements at time t − 1. Applying a random sampling approach to evaluate our model would overestimate the performance of the model and lead us to a false confidence state. This problem is solved by creating subsets of the data to generate training and validation sets. The training set therefore contains 80% of data, according to the timestamp of the measurements, and the validation set contains the remaining 20%.

In such a practical application as this project, it is fundamental that the results are accurately evaluated. As the goal is to forecast the wear and tear of rolling stock assets, which ultimately leads to maintenance planning, the performance of the predictions must be measured in an effective manner. This is paramount in avoiding maintenance shortfall or unnecessary maintenance, which could in turn lead to higher costs. Furthermore, it is paramount to determine a suitable evaluation metric for the given problem. As we are dealing with a regression task, we want to measure the differences between the predicted values and the observed values. For this purpose, &. The RMSE corresponds to the quadratic mean of the differences between the observed values and the predicted values.

To understand the behavior of the predictive model, and the importance of certain features, an ablation study was conducted. An ablation study consists of removing a feature from the model to access the effect it has on the performance. By removing certain features one by one, we’re able to understand the importance they have in the construction of the predictive model, and to identify which features could ultimately be left out.

Another way of discovering which features are the most important for the predictive model is to calculate the SHAP values. SHAP, Shapley Additive Explanations, is a method proposed by S.M.Lundberg and Su-In Lee for interpreting the predictions of complex models. This method attributes the change in the expected prediction to each feature when conditioning on the latter.

The main benefits of predictive maintenance improve the overall day to day operations, especially in a fast-paced environment such as public transport. In the current context, the fruition of this project would enable the maintenance teams to integrate planning into a single platform. On one hand allowing them to visualize and interpret real time data, on a day to day operational actions, and on the other hand providing them with maintenance decision making based on state-of-the-art asset predictions. The development of such a platform yields the possibility for maintenance teams to visualize the predicted and forecasted deterioration and failures of assets and, suggest to users the correct course of action to take.

More generally and in a larger context, as cities across the world rely deeply on public transport, reliability is at the forefront of transportation strategies. It is therefore of upmost importance that asset management is optimized through predictive maintenance. Through future predictions, transportation services can ensure maintenance is performed only when required before imminent failure, thus reducing unnecessary downtime of assets and costs associated with over-maintaining equipment. Preventing such failures limits the severity of damages to the assets and improves the life expectancy of equipment. This ability in turn provides optimal planning and storing for spare parts, rather than having an overabundance of stock. Lastly, predictive maintenance offers the opportunity to greatly reduce the number of incidents on the transport network, which in turn improves the all-important passenger safety and comfort.

We use cookies to ensure that we give you the best experience on our website. If you continue to use this site we will assume that you are happy with it.OkCookie Policy